You are here: Home / Baseball FAQs / What Does Pine Tar Do to a Baseball? Questions and Answers

Can you use pine tar in baseball?

Pine tar is long been used in baseball. It is made by carbonizing pine wood at higher temperatures and applying pressure. Pine tar is a wood tar that preserves wood, but in baseball, its use has another purpose. Batters apply pine tar on the bat to improve the grip and avoid slippage.

In the game of baseball, using pine tar for your bat is allowed for sure. You can use it on your bat’s handle. However, pine tar use is strictly forbidden for the pitcher. Pine tar must never be used for your baseball ball and using it so means violating the game’s rules.

There are two most common ways to use pine tar: using a pine tar stick or a jar of liquid pine tar. Both methods are acceptable in the leagues but the latter one is the easiest to follow when you are on the move and in the public. It is not only a convenient method but also a cleaner one.

First thing first, when applying the pine tar, you must remember that it is not allowed below 18-inch of the bat. It must not touch the barrel; otherwise, action can be taken against you in the field.

To gain the pine tar benefits, initially, wipe any residue on the bat to make the process smoother. On a clean surface, the coating of pine tar lasts longer and also sticks quickly. Take the stick, if you are not using liquid pine tar, and apply gently on the skin. Rub it up and down the handle and remember not to cross the 18-inch limit. You can re-apply if not sufficient.

Most commonly, the use of pine tar is associated with the batters only. But, catchers also use pine tar to have a boosted grip on their mitts.

Why do baseball batters use pine tar?

Pine tar is applied to the handle of the baseball bat. Its use is directly associated with the player’s ability to hold the bat. It is a sticky substance that augments the batter’s grip on the bat. It gives confidence to the player as it forbids the bat to fly out of the hands. With a better hold, the hitter can take the ball wherever he likes.

Before getting famous for the baseball bat, pine tar is used to protect the wood from rotting and as the seal on the ships. But, that’s not the case now. It becomes more renowned for providing an enhanced grip than to protect and preserve the bat’s wooden texture. Baseball batters use pine tar to enjoy a more relaxed feel while playing the shot rather than increasing the life of their playing bat.

Batters also apply pine tar to their helmets. As it helps in the grip, why apply it on the helmet then? Helmets are also not wooden-based. You may think it might get there accidentally while setting the helmet during the play. As the player’s hands get the tar when using the bat. Honestly, this is not the case many times, and the application is intentional.

When on the plate, the helmet becomes the instant source of pine tar without violating any of the baseball rules. So, by rubbing hands on the helmet, the batter gets immediate access to augmented grip in no time. Furthermore, it is not a violation of any rule if the player remains within the limit and knows where to apply the tar.

Is pine tar illegal in MLB for pitchers?

Yes, pitchers are not allowed to use pine tar in Major League Baseball. According to the league’s rulebook rule 6.02(c)(4), a pitcher must not apply any foreign substance of any kind to the ball. If a player violates this rule, the consequences are instant ejection and a 10-game suspension.

Also, it is considered that pine tar has the properties to damage or discolor the baseball. So, rubbing it on the ball is forbidden. Although, pine tar can improve the grip of the ball, but it is illegal to use.

Why is pine tar limited on bats?

Pine tar is limited on a bat to 18-inch only from its end. It must not go beyond that. In simple words, it is only for the handle and it must not touch the barrel.

There’s a reason to limit this use. As it is already known that pine tar is not allowed for the pitchers as it can damage the ball. Any substance that can discolor or damage the ball must not come in contact with the ball.

If the pine tar crosses the 18-inch limit and reaches the barrel, then there’s a high chance for the pine tar to come in contact with the ball. Even if it is not damaging, it always gives an edge to the batter. Eventually, getting in touch with the tar will give an extra spin to the ball. With this spin, the ball can reach more distance than before and can also go high up. It will be more advantageous for the batter; thus, the use of pine tar needs to follow strict restrictions when applied.

If any player goes beyond the limit, the umpire must ask to change the bat immediately. However, when the hitter removes the pine tar present in more than the 18-inch region, the bat can be used again in the game later.

Many people find petrol’s smell appealing and many don’t. So, whether the pine tar smells good or bad depends on what you like when it comes to the smell of not very fragrant substances. To describe the smell, one can say it smells tarry. It smells like any wood polishing material and nothing like a fresh evergreen forest. However, the smell is not pungent and easily bearable. You can say that it has a pleasant smell. Leave your choice aside and take the advantage of the properties pine tar has. 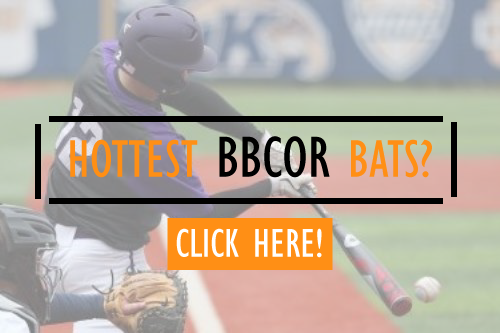