You are here: Home / BBCOR / Unbiased Marucci Bbcor Bat Reviews to See What the Company Offers

Marucci has the honor of being the most used bat brand in MLB i.e. it is the choice of over 40% of players. Marucci has earned a good name in the BBCOR batting industry as well with its most promising series present at the top of every best BBCOR bating ratings. We have collected different Marucci BBCOR bat reviews to show you what people are thinking overall about this brand.

The company was founded in 2004 and has gained much reputation since then. Year after year, its bats continue to astonish the masses with their amazing features. The way the company uses innovative technology in creating amazing designs has always been fascinating.

Many reasons have brought Marucci to the top. Marucci has become one of the best because of its consistency in providing the best always. Here is the best you get when it comes to selecting a Marucci BBCOR bat.

Marucci uses diverse new and innovative technologies to give you the best. For instance, the CAT9 BBCOR uses a three-stage thermal treatment process that makes the bat more forgiving and better in performance. While the F5 features ring-free technology that augments the performance of the bat without adding any dead spot. So, overall, you get to see fascinating features in their every bat.

Marucci’s prices are economical for many bats. What others are providing is expensive, you will find it reasonable and bombarded with features when Marucci is offering it.

Marucci developers know the game well and they know how to add extra durability and performance without compromising the built quality. That’s why you will find Marucci’s name to shine everywhere. In such a little time, as compared to their competitors, they have gained a pretty extraordinary positive reputation. Every minute detail is thorougly considered while making the bat.

When it comes to the negative side of Marucci, it is not possible to list down the cons because as a company, Marucci is only accelerating towards success and providing better and improved versions of their bat after every year.

However, as nothing is perfect, you may find a flaw in their bats. But still, the complaints are very lower than other bat brands. If you find anything faulty, just complain to the concerned department, and your words will be heard. Also, it is highly recommended to buy a bat sensibly. Before making a purchase, always check the reviews provided by other users. It not only provides complete information but also helps you to take the right decision.

Who is suited for?

BBCOR stands for Batted Ball Coefficient Of Restitution. BBCOR is used to find the trampoline effect of the bat which allows the checking of the performance of the non-wood bats like a wood bat. In 2012, the new rule has been affected that asked all the organizations that come under NFHS and NCAA rules must use the bat that has a BBCOR certification. So, according to this, the high school and college players need to use BBCOR bats during their leagues. Other than these, some youth leagues ask the players of the ages 11 to 14 to use BBCOR certified bats.

BBCOR bats have the following features:

– The drop weight must not exceed -3

– Bat length should be under 36 inches

– Diameter should not be more than 2 5/8 inches

Every company boasts about the products it offers. It is a marketing strategy, but the one who spent the money on the product doesn’t lie. So what customers are saying is true. And nowadays, the verification of the purchase tells that the review is authentic and coming for the person who has brought the product.

Here, let’s see different ratings and customers’ reviews of Marucci bats to see how well the bats of this company are performing:

Awesome, next-level weight, great pop, very well balanced, and what not (that’s what buyers are saying). This bat is one of the best BBCOR in the market.

F5 is a less expensive and very economical BBCOR series by Marucci. At this price, it gives you pop like any expensive counterpart. Customers are highly satisfied with its performance.

These are the amazon ratings of these bats which are very transparent and you can check them too.

What Marucci is saying about its products and what the customers are reporting are very much alike. Marucci is surely providing the best bats, which is why the company is reaching new heights.

On the whole, it is not wrong to say that Marucci is a brand to trust. You can pick their bat with all your senses because no matter where you go, you will only find praises. The price range is also reasonable and huge, so everyone can get the perfect match suiting their pockets. The only way to know what differentiates the company from others is by using one of the Marucci bats and seeing for yourself whether the claims that are made here and by the company are right or not. 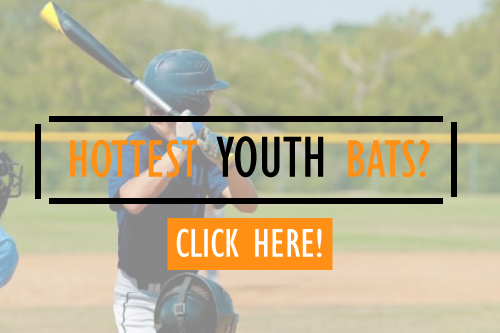